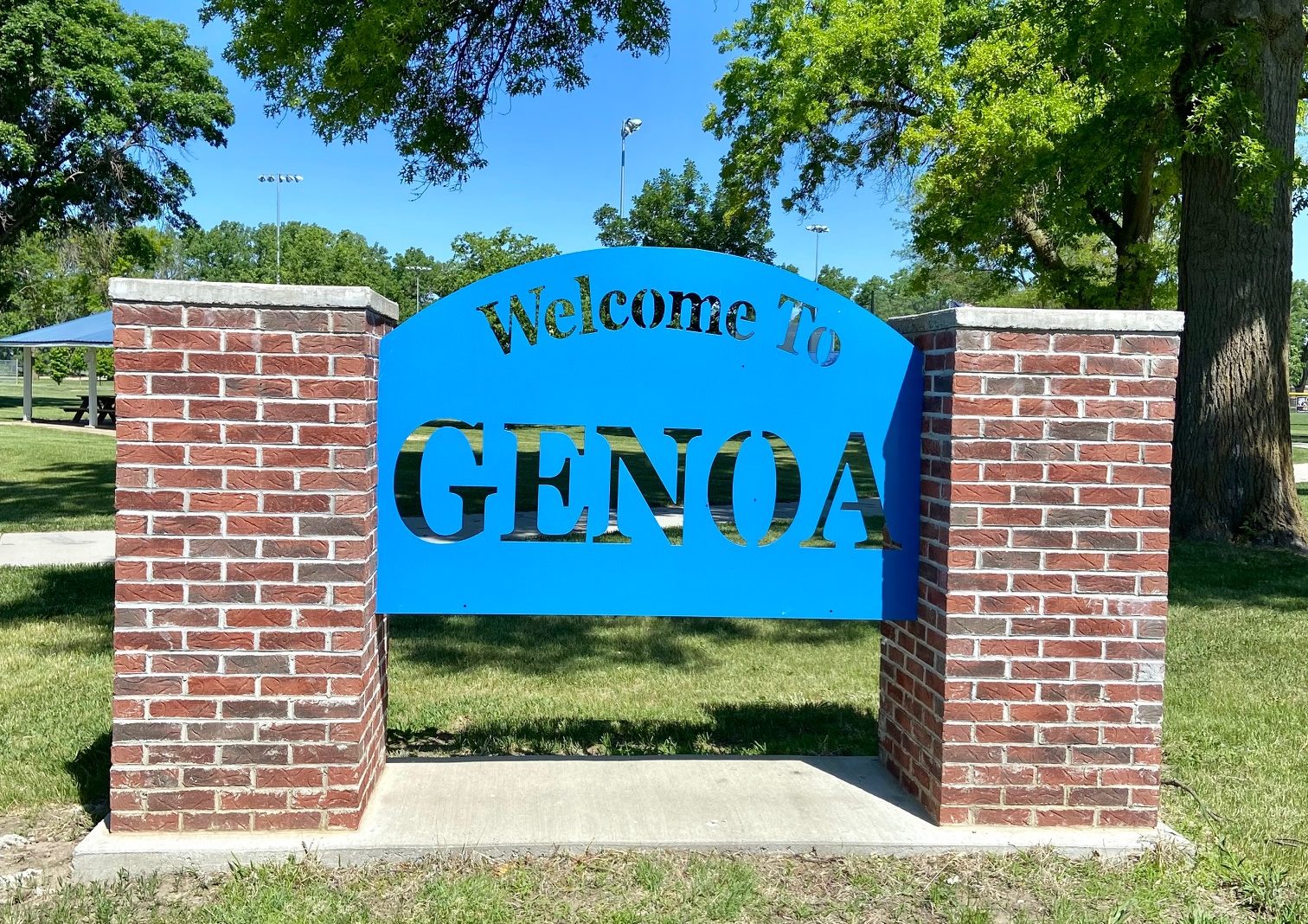 The City of Genoa is known as the “Pawnee Capital of Nebraska.” The Skidi Pawnee lived in the area for centuries before Mormon settlers decided to locate in what is now Genoa. The City’s website describes the rich history of the area, including that of the Genoa U.S. Indian School, which regularly hosts reunions for the students of the school and their families.

Basic economic activities in Genoa include farming and retail sales. The community boasts a technologically advanced K-12 school system; a state-of-the-art and comprehensive medical facility; and an expansive sand mining operation, which is among the county’s largest employers.

Located approximately 20 miles west of Columbus, Nebraska on Highway 22, Genoa is a bedroom community with very affordable housing. There are an estimated 446 homes in the community, with approximately 95 percent occupancy. The average cost of a home within city limits is $81,029. The Genoa Housing Authority operates a 20-unit apartment complex that offers low-cost housing wherein rent is calculated at approximately 25-30 percent of the tenant’s income.

Genoa has a beautiful, 32-acre park with picnic shelters and barbecue grills, camping facilities with electrical hookups, playground equipment, two lighted ball diamonds, two sand volleyball courts, and restrooms. The park also features a municipal pool that was built in 2012. Additional recreational opportunities include Headworks Park, which features a 10-acre recreation area with picnic areas, shelter, grills, restrooms, and 20- and 30-amp outlets.  The sandy beach is a popular spot for swimmers and fishing. Weir Park, also at the Headworks, is a favorite spot for ATV and dirt bike riders.

The 2020 Census identifies Genoa as having a population of 987.

The Community Profile for the City of Genoa includes information on population, labor, transportation, utilities, and services.

In April 2012, the Columbus Telegram published an article about operations at Preferred Sands of Genoa: Years of dredged up sand from Loup Power Canal used in fracking.